Skip to content
Home > Stock Market > 2008 vs 2020 crisis: Any similarities? Will Nifty fall by over 50 pct? Anil Singhvi explains 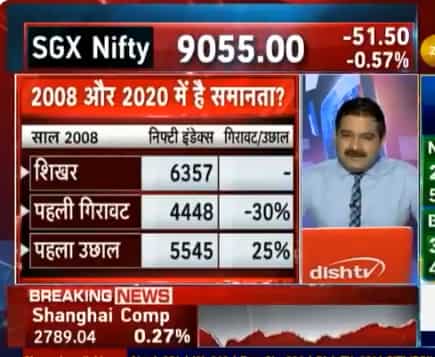 Stock markets in India have been extremely volatile ever since corona pandemic fears gripped investors worldwide. They have crashed and then recovered only to crash again. So, panic has gripped investors and they want o know what will happen next. Will their worst nightmares come to happen or not? Zee Business Managing Editor Anil Singhvi cuts through the confusion and shows investors the light. While allaying all speculation of market falling significantly like it did during the 2008 crisis, Singhvi said that market movements cannot be predicted on the basis of one example and more data and analysis is required to assume that such a major fall could happen.

Anil Singhvi was responding to a question whether a market crisis was in the making that is similar to the one sparked by the financial turmoil in 2008. In that period about a decade ago, the stock markets had fallen steeply on three instances only to come back strong. Later, in the second and third instances the markets fell by as much as 40 per cent and 65 per cent respectively.

The third fall in 2008 was the biggest fall in the history of markets where the biggest intra-day fall was  whopping 65 per cent.

Extrapolating markets on the basis of these falls will not be the right strategy, Singhvi said.

Even taking the worst case scenario of 4350 levels for the Nifty, it is not likely to happen, he said. It is different this time. The investors have also become much aware and informed now in comparison to the 2008 period.

Next up for the Federal Reserve: Convincing the markets it can do what it says it will do 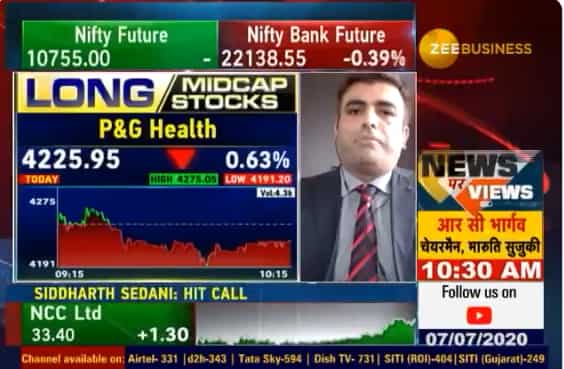