Skip to content
Home > Stock Market > Anil Singhvi decodes current role of FIIs, reveals impact on stock market and what investors should do 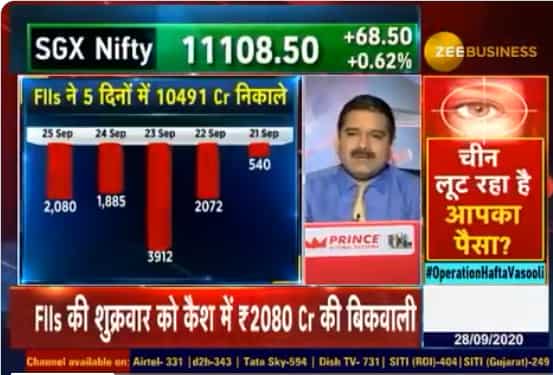 Though the Foreign Institutional Investors (FIIs) have made long positions in the Futures and Options, they have been selling in the cash market segment. The FIIs selling in the previous week was around Rs 10,000 cr and on Friday alone, selling worth Rs 2000 cr took place. Investors want to tto know what this means for the market and what they should do? Zee Business Managing Editor Anil Singhvi decodes the mystery for the viewers.

The Market Guru said that if one looks at the cash markets, there is no doubt that there is a selling trend with average daily selling of around Rs 2000 cr. He said that the channel had indicated the trend to its viewers almost a fortnight ago about this. It had also spelled out the strategy to deal with the selling trend, Singhvi said.

On Friday, the FIIs sold shares worth Rs 2080 cr and these are worrying statistics, but they have also bought index worth Rs 1284 cr, he said. FIIs also bought stocks worth Rs 1538 cr, he further said. So, if these figures are taken into account, the numbers are not bad, he added.

He said that the cash market is less liquid while the future and options market is more liquid. Traditionally, the FIIs are drawn towards the F&O markets when they have to take a big trade. The FIIs have more stocks from this segment.

The biggest indication from the FIIs have come on Friday where they have paused the selling trend and have started buying, the Managing Editor said.

Sounding an optimistic note, he said that the investors should now focus on the present instead of worrying too much about the selling trends in the cash markets over the previous week.

He said that the picture will become clearer as the trading session moves ahead today and tomorrow but it is more likely that the selling trend will become slow from here. 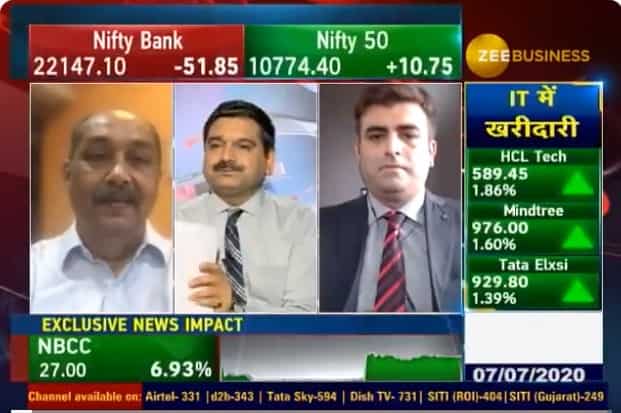