Skip to content
Home > Uncategorized > Banks nearly took down the economy in 2008. Now the industry hopes to redeem itself
RajanMarch 18, 2020 March 31, 2020 Uncategorized 0

Investors glued to their screens as stocks tumble day after day. Central banks around the world injecting trillions of dollars into the financial system. Talk of bailing out out entire industries.

For people who have been around long enough, the upheaval in markets being caused by the global covid-19 pandemic reminds them of nothing more than the 2008 financial crisis. Now, more than a decade later, one of the primary culprits of that period — the banking industry — is hoping to serve as a buffer for the hardships about to hit millions of customers and businesses.

“In the global financial crisis, banks were the problem,” said Mike Mayo, a bank industry analyst at Wells Fargo. “The silver lining from that is that banks are prepared for a situation like this, and they want to be part of the solution this time.”

Big U.S. banks, led by CEOs including JPMorgan‘s Jamie Dimon and Bank of America‘s Brian Moynihan who either navigated the previous crisis or had to clean up its aftermath, are keen to avoid the mistakes of the 2008 period, according to interviews with executives, analysts and investors. That involves coordinating with rivals in a show of solidarity, avoiding blunders like continuing multi-billion dollar stock repurchase plans and working carefully with regulators to avoid the appearance of undue support.

“We don’t want anyone to look at us and say, ‘You guys are taking advantage of the crisis,’ or ‘You’ve been bailed out again somehow’,” said one executive who asked for anonymity to speak candidly.

Instead, on Sunday, just as the Federal Reserve unveiled a massive new plan to shore up confidence, an industry group declared that the biggest U.S. banks were suspending share buybacks through at least June. The move, estimated to conserve $37 billion for the eight biggest U.S. banks, was so they could provide “maximum support” to families and businesses amid the pandemic.

The next day, the banks said they had begun tapping the Fed’s discount window for the first time in years, aiming to remove the stigma of a facility used heavily during the financial crisis.

When it comes to retail customers, banks have been less coordinated. Firms including Citigroup and JPMorgan Chase have said they have waived fees and early withdrawal penalties on CDs. Goldman Sachs said customers impacted by the coronavirus could skip the March payment on their Apple Card without incurring extra interest. Banks are anticipating that the requests will only climb as the impact of shutdowns tied to the virus grows.

The Fed’s recent actions were designed in part to allow banks to “be more generous” on loan forbearance, according to Sarah Bloom Raskin, a former deputy Treasury Secretary.

“It’s really up to the banks to see if they can aggressively push this out to their borrowers so they get a bit of a breather here,” Raskin said Monday on CNBC.

Big corporate clients including Boeing and Hilton are reportedly drawing down loans and revolving credit lines to fortify their balance sheets ahead of expected difficulties. That could add to pressure on banks, but even if every corporate borrower were to draw down their lines, the industry could fund it with $4 trillion in cash and securities, Mayo said last week in a note.

Banks are in a stronger position now because after the financial crisis, caused by irresponsible lending that led to public bailouts of the industry, regulators imposed rules including higher capital requirements and annual stress tests. The industry has stockpiled $914 billion in capital to help cushion loan losses, a 40% boost in the last decade.

“It feels like 2008-2009 in terms of the market dislocations and the uncertainty of what happens next, but for the banks it’s a completely different situation with their capital levels,” said David Konrad, an analyst at D.A. Davidson. He added that banks would likely help the Fed smooth out dislocations in funding markets with backup lines of credit.

At the heart of the industry’s confidence is the Fed’s stress test, an annual ritual that banks have complained is overly onerous. Last year, all 18 of the largest institutions passed, withstanding a hypothetical recession in which unemployment climbed to 10%, stock markets fell by 50% and GDP fell 8%. The banks suffered $410 billion in losses, but were still able to lend.

Not everyone is pleased with the industry’s actions. Charles Peabody, an analyst at Portales Partners, said that in recent years the industry has been repurchasing billions of dollars in stock at elevated valuations, only to stop when the shares became cheap.

“I’ve heard from a lot of people pissed that they pulled their buybacks at the time it makes the most sense to do it,” Peabody said.  “The government is saying, ‘We want you to step up to support households, small businesses and corporations.’ But is it prudent to reallocate that capital to a zombie company in the energy patch or in the airline industry?”

It is becoming increasingly clear that the industry is in the midst of its first real-life stress test since the financial crisis. “The next 30 days will be something we’ve never lived before, that’s for sure,” said Konrad.

Bank stocks have been hammered since the coronavirus crisis began in the U.S., tumbling more than 40% this year. Despite the extensive modeling in the industry’s stress tests, dislocations in markets could sting the industry in unforeseen ways. Actions taken after the last crisis have pushed risk from banks’ balance sheets to other areas, including debt markets, and that could come back to sting the industry.

“Banks should be able to step in and give people breaks,” the bank executive said. “The wild card is that every day is crazier than the next, and there is no roadmap here.”

With reporting from CNBC’s Kevin Stankiewicz.

Coronavirus wipes out $1.7 trillion in US stock market value in two days 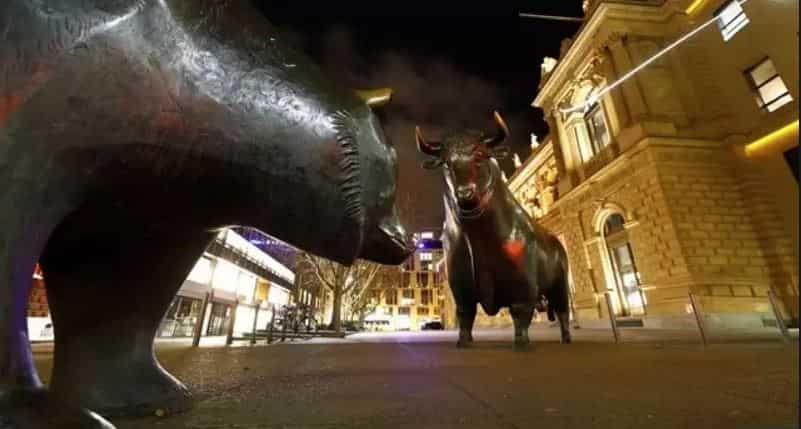 Stocks in Focus on March 11: Yes Bank, Tata Power to Infosys; here are expected 5 Newsmakers of the Day