Jamie Dimon, CEO and chairman of the biggest U.S. bank by assets, pointed to a potentially unprecedented combination of risks facing the country in his annual shareholder letter.

Three forces are likely to shape the world over the next several decades: a U.S. economy rebounding from the Covid pandemic; high inflation that will usher in an era of rising rates, and Russia’s invasion of Ukraine and the resulting humanitarian crisis now underway, according to Dimon.

“Each of these three factors mentioned above is unique in its own right: The dramatic stimulus-fueled recovery from the COVID-19 pandemic, the likely need for rapidly raising rates and the required reversal of QE, and the war in Ukraine and the sanctions on Russia,” Dimon wrote.

“They present completely different circumstances than what we’ve experienced in the past – and their confluence may dramatically increase the risks ahead,” he wrote. “While it is possible, and hopeful, that all of these events will have peaceful resolutions, we should prepare for the potential negative outcomes.”

Dimon’s letter, read widely in business circles because of the JPMorgan CEO’s status as his industry’s most prominent spokesman, took a more downcast tone from his missive just last year. While he wrote extensively about challenges facing the country, including economic inequality and political dysfunction, that letter broadcast his belief that the U.S. was in the midst of a boom that could “easily” run into 2023.

Now, however, the outbreak of the biggest European conflict since World War II has changed things, roiling markets, realigning alliances and restructuring global trade patterns, he wrote. That introduces both risks and opportunities for the U.S. and other democracies, according to Dimon.

“The war in Ukraine and the sanctions on Russia, at a minimum, will slow the global economy — and it could easily get worse,” Dimon wrote. That’s because of the uncertainty about how the conflict will conclude and its impact on supply chains, especially for those involving energy supplies.

Dimon added that for JPMorgan, management isn’t worried about its direct exposure to Russia, though the bank could “still lose about $1 billion over time.”

Here are excerpts from Dimon’s letter.

On the war’s economic impact

“We expect the fallout from the war and resulting sanctions to reduce Russia’s GDP by 12.5% by midyear (a decline worse than the 10% drop after the 1998 default). Our economists currently think that the euro area, highly dependent on Russia for oil and gas, will see GDP growth of roughly 2% in 2022, instead of the elevated 4.5% pace we had expected just six weeks ago. By contrast, they expect the U.S. economy to advance roughly 2.5% versus a previously estimated 3%. But I caution that these estimates are based upon a fairly static view of the war in Ukraine and the sanctions now in place.”

“Many more sanctions could be added — which could dramatically, and unpredictably, increase their effect. Along with the unpredictability of war itself and the uncertainty surrounding global commodity supply chains, this makes for a potentially explosive situation. I speak later about the precarious nature of the global energy supply, but for now, simply, that supply is easy to disrupt.”

A ‘wake up call’ for democracies

“America must be ready for the possibility of an extended war in Ukraine with unpredictable outcomes. … We must look at this as a wake-up call. We need to pursue short-term and long-term strategies with the goal of not only solving the current crisis but also maintaining the long-term unity of the newly strengthened democratic alliances. We need to make this a permanent, long-lasting stand for democratic ideals and against all forms of evil.”

“Russian aggression is having another dramatic and important result: It is coalescing the democratic, Western world — across Europe and the North Atlantic Treaty Organization (NATO) countries to Australia, Japan and Korea. […] The outcome of these two issues will transcend Russia and likely will affect geopolitics for decades, potentially leading to both a realignment of alliances and a restructuring of global trade.  How the West comports itself, and whether the West can maintain its unity, will likely determine the future global order and shape America’s (and its allies’) important relationship with China.”

On the need to reorder supply chains

“It also is clear that trade and supply chains, where they affect matters of national security, need to be restructured. You simply cannot rely on countries with different strategic interests for critical goods and services. Such reorganization does not need to be a disaster or decoupling. With thoughtful analysis and execution, it should be rational and orderly. This is in everyone’s best interest.”

“For any products or materials that are essential for national security (think rare earths, 5G and semiconductors), the U.S. supply chain must either be domestic or open only to completely friendly allies. We cannot and should not ever be reliant on processes that can and will be used against us, especially when we are most vulnerable. For similar national security reasons, activities (including investment activities) that help create a national security risk — i.e., sharing critical technology with potential adversaries — should be restricted.”

Brazil, Canada and Mexico to benefit

“This restructuring will likely take place over time and does not need to be extraordinarily disruptive. There will be winners and losers — some of the main beneficiaries will be Brazil, Canada, Mexico and friendly Southeast Asian nations. Along with reconfiguring our supply chains, we must create new trading systems with our allies. As mentioned above, my preference would be to rejoin the TPP — it is the best geostrategic and trade arrangement possible with allied nations.”

“The Federal Reserve and the government did the right thing by taking bold dramatic actions following the misfortune unleashed by the pandemic. In hindsight, it worked. But also in hindsight, the medicine (fiscal spending and QE) was probably too much and lasted too long.”

“I do not envy the Fed for what it must do next: The stronger the recovery, the higher the rates that follow (I believe that this could be significantly higher than the markets expect) and the stronger the quantitative tightening (QT). If the Fed gets it just right, we can have years of growth, and inflation will eventually start to recede. In any event, this process will cause lots of consternation and very volatile markets. The Fed should not worry about volatile markets unless they affect the actual economy. A strong economy trumps market volatility.”

“One thing the Fed should do, and seems to have done, is to exempt themselves — give themselves ultimate flexibility — from the pattern of raising rates by only 25 basis points and doing so on a regular schedule. And while they may announce how they intend to reduce the Fed balance sheet, they should be free to change this plan on a moment’s notice in order to deal with actual events in the economy and the markets. A Fed that reacts strongly to data and events in real time will ultimately create more confidence. In any case, rates will need to go up substantially. The Fed has a hard job to do so let’s all wish them the best.”

“This year, we announced that the expenses related to investments would increase from $11.5 billion to $15 billion. I am going to try to describe the ‘incremental investments’ of $3.5 billion, though I can’t review them all (and for competitive reasons I wouldn’t). But we hope a few examples will give you comfort in our decision-making process.

Some investments have a fairly predictable time to cash flow positive and a good and predictable return on investment (ROI) however you measure it. These investments include branches and bankers, around the world, across all our businesses. They also include certain marketing expenses, which have a known and quantifiable return. This category combined will add $1 billion to our expenses in 2022.

“Over the last 18 months, we spent nearly $5 billion on acquisitions, which will increase ‘incremental investment’ expenses by approximately $700 million in 2022. We expect most of these acquisitions to produce positive returns and strong earnings within a few years, fully justifying their cost. In a few cases, these acquisitions earn money — plus, we believe, help stave off erosion in other parts of our business.”

“Our international consumer expansion is an investment of a different nature. We believe the digital world gives us an opportunity to build a consumer bank outside the United States that, over time, can become very competitive — an option that does not exist in the physical world. We start with several advantages that we believe will get stronger over time. … We have the talent and know-how to deliver these through cutting-edge technology, allowing us to harness the full range of these capabilities from all our businesses. We can apply what we have learned in our leading U.S. franchise and vice versa. We may be wrong on this one, but I like our hand.” 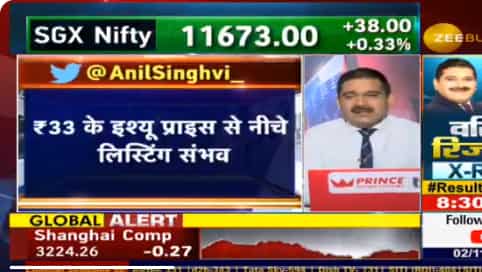 Greenlight, the fintech app for kids, wants to teach parents how to invest