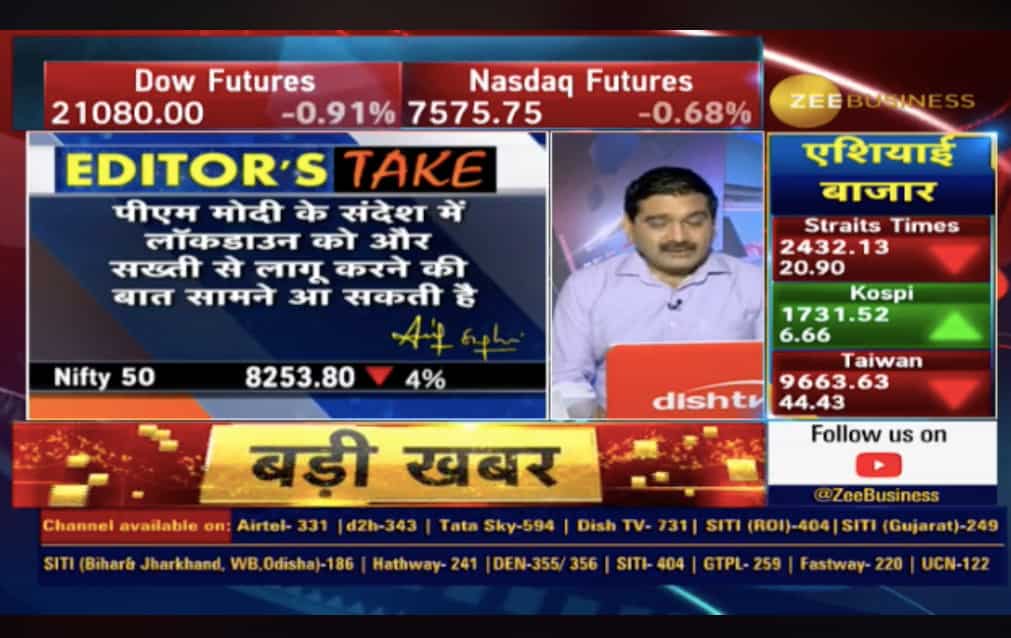 In his Editor’s Take, Zee Business Managing Editor Anil Singhvi says that US’ response to coronavirus outbreak has been very poor, putting it at a major risk, leading to a negative impact on global economy. Singhvi on Friday said that US should have taken the situation more seriously and set the right example for others as a superpower.

“It is shocking to see that 25 per cent of the cases have been reported from the United States. For the longest time, we have believed that the US has got the most advanced technologies and is a sensible country. But, the handling of coronavirus situation by the US and Donald Trump has been very poor,” Singhvi said.

He added that the Indian government’s response to the crisis has been much better than the US and other developed nations.

“I must say that India’s tackling of situation was way better than the US. Our government took better actions than most countries” he added.

To recall, India was put in a 21-day nationwide lockdown as soon as the number of cases in the country started to rise.

Singhvi added that this is a lesson for advanced countries like the US to take these situations more seriously. “If you are arrogant than pandemics like coronavirus can hit you real hard,” he said.

“See, sooner or later, we will recover from this situation. Corona will go. But, if we don’t deal with the situation in a better way right now, it’s after-effects will haunt us for a very long time. It can leave a long lasting impact on the world economy,” Singhvi concluded.

Top Chinese diplomats give conciliatory signals while demanding respect from the U.S.