ET Intelligence Group: A sharp fall in global crude oil prices has prompted market commentators and portfolio managers to suggest the current weakness in the domestic equity market is a buying opportunity. India is a major net importer of crude oil and lower prices would therefore help in reducing the country’s trade deficit, thereby supporting the stock market valuation. But, history has a different story to tell.

A sharp fall in crude price in the past has been followed by a sharp drop in equities of emerging markets (EMs) including India. A major reason for this is the flight to safety by foreign portfolio investors (FPIs) who pull out of EMs as crude price fall is considered as a harbinger of low global economic growth.

In the last 20 years (since Indian markets have seen meaningful foreign inflows), this is the third time that crude has fallen by over 50 per cent, a condition which is ideal for India according to economists, but it has not gone down well with the markets.

In 2008, the year of the financial crisis in the West, crude prices fell from a peak of $140 per barrel based on the monthly average in the middle of 2008 to $40 per barrel by the end of the year. The Nifty 50 which had already fallen by 25 per cent from the peak in the beginning of 2008, lost another 30 per cent with the fall in the crude prices. The MSCI Emerging Market index fell by 56 per cent during the period.

More recently, when the crude price broke and went below the support of $80 a barrel in October 2014, it led to a reversal in the positive trend in the Indian and emerging markets. The fall continued until January 2016 until crude prices hit the bottom of $27. Nifty fell by 21 per cent in that period while the MSCI EM index lost 26 per cent. FPIs pulled out Rs 47,450 crore from May 2015 till February 2016, until the oil prices bottomed out.

Oil is a major source of global liquidity. When there is ample dollar liquidity, capital flows to EMs but as the oil prices fall and dollar liquidity drops, the same capital moves away from EMs to safer assets. Fall in crude prices also leads to reduction in the capital expenditure by companies and oil producing economies.

Oil prices have nearly halved in the past three months and are coinciding with the outbreak of Covid-19 epidemic, which has increased uncertainty about the global economic growth. Investors would be better off waiting for positive signals from the macroeconomic indicators before making fresh purchases. 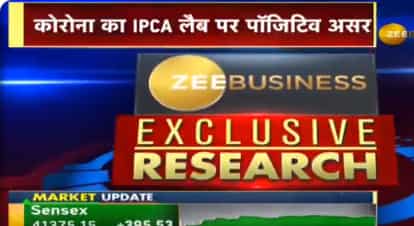