People walk past the Federal Reserve building on March 19, 2021 in Washington, DC.

The Federal Reserve has been preparing the markets for the onset of its first policy tightening moves since the beginning of pandemic, and investors have begun bracing for the change.

Tapering, as it has become known, is likely to start in the coming months, almost certainly before the end of the year. The Federal Open Market Committee’s minutes from its July meeting indicated officials are preparing to taper this year.

That means the Fed will start reducing the amount of bonds it buys. The central bank has been purchasing at least $120 billion a month to drive down longer-term interest rates and spur economic growth.

Recent public comments and media reports, including one Monday on CNBC, indicate the purchases likely will trickle lower until they stop altogether sometime in 2022.

Those purchases have become a pillar for stocks and bonds, and markets have started to adjust.

“We’re well into the taper, have been for months and it’s very noticeable in the markets,” said Jim Paulsen, chief investment strategist at The Leuthold Group. “To me, tapering started in March and impacted everything just like you’d think tapering would.”

Paulsen pointed to a variety of indicators that show the market reacted to an expected deceleration in bond purchases.

For one, he noted that market-based inflation measures pulled back. He also noted the “sideways” movement in commodity prices and the flattening of the yield curve. Within stocks, small-cap, cyclical, international and emerging market equities all pulled back.

Perhaps most importantly, money stock measures, which reacted sharply to when the Fed ramped up the bond buying program in March 2020 as the pandemic hit, have fallen quickly this year. The are down from a 1.4% monthly gain in January to essentially flat in June — even as the Fed continued buying bonds.

Essentially, the lack of growth in the monetary base, or M2, is showing the diminishing impact of the Fed’s bond purchases, Paulsen said.

He also noted that markets have digested the moves fairly well and might not even react once the official tapering starts happening.

“Now, it’s like you’re selling the rumor and buying the news,” he said. “I wonder if that’s what’s going to happen with official tapering.”

There have been some notable other adjustments in the market.

One move that raised eyebrows was Palantir’s purchase of $50 million in gold bars, a move seen as a brace against uncertainty by the data analytics software company.

Such moves, including the continued popularity of cryptocurrencies, indicate lingering concerns about the potential for black swans that could emanate from surprise developments in policy and geopolitics.

How the Fed can avoid trouble

Maintaining a smooth transition into tighter policy, then, could come down to communication.

The Fed has had a spotty record when it has tried before to remove accommodation, with markets revolting several times since the “Taper Tantrum” of 2013. That one began when then-Chairman Ben Bernanke surprised markets by discussing tapering during a public talk, and his successors have had their own foibles with managing policy moves.

“When you’re changing anything this large-scale, there’s a bit of uncertainty,” BMO Wealth Management chief investment strategist Yung-Yu Ma said. “There could be a pause in the market to see how this plays out.”

“The Fed should remain flexible. That’s the most important thing,” he said. “If they communicate that they’re going to be nondogmatic and assess the situation as it evolves, I think the market would take a lot of comfort in that. The market might be taken aback by something that looks less flexible.”

Ma expects the Fed to take the conservative course and say it will be flexible.

The speculation comes amid a raft of public statements indicating building support within the central bank to start tapering relatively soon.

Boston Fed President Eric Rosengren told CNBC on Monday he imagines an announcement likely to come as soon as the September meeting, with the actual reductions to come before the end of the year at the latest. He noted that the bond purchases, also known as quantitative easing, are “not nearly as effective now as it was when we were coming out of the financial crisis.”

Still, getting out of the bond purchases represents “a change in one of the major pillars of the U.S. equity rally, not to say THE major pillar,” Swissquote senior analyst Ipek Ozkardeskaya wrote. “Naturally, the Fed pulling away support will feel like they are pulling the rug from under the market’s feet. But no stress.”

Ozkardeskaya said “it will certainly be different this time” for Fed tightening as the move is well telegraphed and interest rates are likely to remain near zero into 2023. 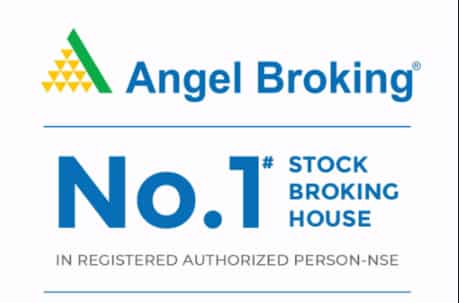