Millions of people are poised to lose their unemployment benefits this weekend, when federal pandemic-era policies will end.

Congress authorized a historic expansion of the country’s safety net for jobless individuals in March 2020 to manage the fallout of the Covid-fueled economic downturn.

Lawmakers twice extended those temporary expansions, which increased the number of people eligible for unemployment benefits and raised the amount of weekly aid for recipients.

Absent of congressional action, that aid will lapse after Saturday or Sunday, depending on state administrative rules. Lawmakers seem unlikely to extend the policies for a third time given improvements in the economy and labor market in recent months.

More from Personal Finance:
These tips can help unemployed parents refresh their job skills
Evictions are still banned in these states
Krispy Kreme doubles its free doughnut incentive for vaccinations

If that happens, about 8.8 million Americans will lose their benefits entirely, according to an estimate from The Century Foundation, a progressive think tank.

Another 3 million or so will see their aid reduced by $300 a week, the group projects. The average person would get about $321 a week without the supplement, or about 38% of their pre-layoff wage, according to Labor Department data.

“We’re cutting benefits off when many, many individuals are still relying on them,” according to Till von Wachter, an economics professor at the University of California Los Angeles and director of the California Policy Lab.

“This is sort of a recurring problem in American recessions. We ask politicians to come up with benefit programs, and they set end and start dates,” he added. “They’re set in advance and have nothing to do with how the economy is.”

The White House supports ending the $300 weekly bonus payments as scheduled. Officials point to an an average of 832,000 new jobs added per month over the last three months, and a U.S. unemployment rate that’s fallen to 5.4% as evidence of a rebounding economy.

However, the Biden administration urged states with high unemployment rates to continue paying benefits to certain groups past this weekend’s cutoff, using federal funds allocated to states by the American Rescue Plan. Those groups include the long-term unemployed and workers like independent contractors who don’t qualify for traditional state aid.

It’s unclear whether states will do so, though. The U.S. Department of Labor isn’t tracking those decisions because use of the funds isn’t within its oversight, according to a spokeswoman.

Already, 26 states moved to end most or all federal benefits in June or July, earlier than their official Labor Day cutoff.

We’re cutting benefits off when many, many individuals are still relying on them.

Their governors, all Republican except for Louisiana’s, said enhanced benefits were keeping people from looking for work and holding back the economic recovery by exacerbating labor shortages.

“Between massive fraud and worker shortages, expanded unemployment insurance benefits have arguably been the federal government’s most flawed — and damaging — economic policy enacted in response to Covid-19,” Rachel Greszler, a research fellow at the Heritage Foundation, a right-leaning think tank, wrote in July.

In states that cut federal benefits in June, about 7 in 8 jobless workers receiving benefits hadn’t found work by early August, according to a recent study. That suggests withdrawing benefits didn’t lead to a big uptick in employment and caused households to cut $2 billion in spending from the local economy, the study found.

Decreases in spending may have an adverse impact on jobs, if consumers pull back on dining out and other activities to save money.

Lawmakers must weigh these net employment effects when making policy decisions, according to Betsey Stevenson, a professor of public policy and economics at the University of Michigan. Relative to unemployment benefits, the question becomes: Does the loss of household income or the job-disincentive effect of enhanced benefits matter more?

“People need the money more than we need to get the incentives right [at the moment],” said Stevenson, citing available research. 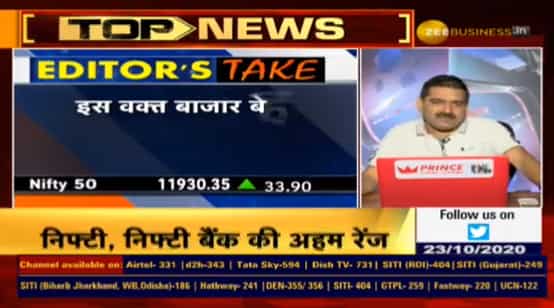