At a time when investors are selling Chinese technology stocks, more money is chasing Indian start-ups.

Shares of food delivery app Zomato soared as much as 82% in their debut Friday on the National Stock Exchange of India. The initial public offering was priced at 76 rupees per share, or a little more than $1 per share. The stock opened more than 50% higher, valuing the company at about 910 billion rupees or $12.2 billion.

Jayasankar Venkataraman, head of equity capital markets at Kotak Investment Banking, said before trading started that the IPO was oversubscribed for institutional and retail investors.

“I think Zomato’s successful IPO might open the floodgates,” said Anirudh Suri, founding partner of the India Internet Fund. Suri has invested in 20 start-ups across India.

Sources told CNBC that after listing in India, Zomato has plans to make its debut in the U.S.

As to which companies will be next to go public, Suri said he’s betting on Paytm, which claims among its backers Japan’s SoftBank, Ant Group and Berkshire Hathaway.

India payments company Paytm recently filed its IPO paperwork with a goal of raising $2.2 billion in its public debut this November.

Overall, Indian start-ups raised $12.1 billion in funding in the first six months of the year, compared with the $5.3 billion raised during the same period last year, according to Venture Intelligence.

What’s behind the recent pivot to India?

Somesh Dash, general partner at venture capital firm IVP, said that investors are waking up to the idea that China no longer has the best growth story in town.

“China doesn’t have a lot of young people. India does. What the Indian economy presents is a growing middle class and a dynamic workforce: one of the largest populations in the world. It’s very attractive from a longer-term perspective,” Dash said.

Anand and his partners at NextFins launched the Nifty India Financials ETF on the belief that investors will want more exposure to India’s secular growth story, especially as internet and smartphone penetration continue to rise. INDF’s assets have tripled since the beginning of the year and are up 50% since June.

“Investors are betting that as these people enter the workforce, they will consume more and need financial products like credit cards, mortgages and auto loans. That’s why e-commerce and fintech companies have been the primary recipients of venture capital investment in India,” noted Anand. With more tech companies going public in India, he now has plans to launch an ETF focused on Indian tech stocks.

“The tech indices in India currently track the large outsourcing companies; there is no way for investors in either India or the U.S. to target faster-growing internet companies,” he said.

Some of the country’s unicorns, those companies worth $1 billion or more, continue to raise additional rounds, capitalizing on the strong interest in India tech. Hotel start-up Oyo, backed by SoftBank, raised an additional $660 million. E-commerce platform Flipkart raised $3.6 billion at a mega-high valuation of $37.6 billion, the largest fundraise for an Indian company. Key investors include the Canada Pension Plan Investment Board and Walmart.

Like China, data privacy issues do exist in India. Last week, Indian regulators banned Mastercard from issuing new credit cards to customers in the country after not complying with data privacy rules. Key question venture investors are trying to answer are whether India’s government will carve out its own path or follow China’s lead on the topics related to regulation and overseas listings.

Goldman Sachs CEO David Solomon on US economic outlook: `We’re in for a very bumpy ride’ 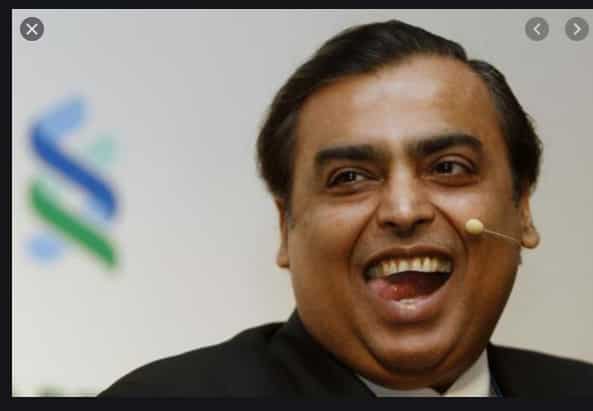 Reliance Industries, Jio to Retail, what to expect from Q2 results today | All you need to know

This will be a permanent change to our capital markets, says Bill Gurley on NYSE plan for direct listings to raise cash