New York’s new ban on plastic bags is, on its face, an effort to reduce consumer waste. It likely also offers an important lesson on consumer psychology and how we think about money.

As of Sunday, most businesses in the state can no longer offer single-use plastic bags to consumers. Several cities and counties, such as New York City, are also imposing a 5-cent fee for each paper bag a consumer chooses to use.

A similar rule in Los Angeles (which imposed a 10-cent fee) led to a 94% reduction in single-use bag consumption, according to a New York task force report. In Washington, D.C., a 5-cent fee on both paper and plastic bags caused a 50% reduction. Internationally, bag fees have resulted in reductions ranging from 50% to 90%, according to the report.

More from Personal Finance:
How to build a cash reserve if the coronavirus disrupts your job
How to manage your 401(k) as the coronavirus upends markets
Avoid this investing mistake as coronavirus fears grip markets

How can a seemingly trivial fee change consumer behavior so dramatically?

For one, people really like “free” things — so much, in fact, that they tend to overconsume them.

Think about a buffet. Folks tend to overeat because each additional plate is “free.”

And when something is no longer free, consumer reactions are strong. In the case of paper bags, New Yorkers likely will use them less frequently.

“Because of the fact people don’t have to think of the cost for consuming that thing, they consume way too much of it,” said Daniel Egan, managing director of behavioral finance and investing at Betterment, a robo-advisor.

Research conducted by Dan Ariely, a professor of psychology and behavioral economics at Duke University, demonstrates the power of “free” in consumers’ minds.

Fees are generally annoying, particularly if they are on items that were normally free.

In one trial, students were offered a Lindt chocolate for 26 cents, and a Hershey’s Kiss for 1 cent. Buying behavior was split evenly, with 40% opting for each. However, behavior shifted greatly when the price of each chocolate was reduced by 1 cent — 90% of students opted for the Hershey’s Kiss, which was now free, even though the relative price between the two chocolates remained the same.

“Fees are generally annoying, particularly if they are on items that were normally free,” said Warren Cormier, a behavioral economist.

Nearly 100 cities, towns, and municipalities in the U.S. had banned single-use plastic bags as of March 2017, and fees existed in roughly a third of them, according to the New York task force report.

Companies and politicians wield this same behavioral principle to guide thinking in the realm of consumer finance.

Just as imposing a 5-cent bag “tax” on New Yorkers will encourage them to use fewer single-use bags, putting a cost on trades will cause people to trade less frequently, Egan said. That will be true even if the trade would result in a net gain, he said.

Brokerages such as Charles Schwab have also recently debuted “free” services such as commission-free trading. That helped drive new clients to open accounts at Schwab the month it dropped commissions. Fidelity offered a handful of “zero fee” mutual funds in 2018, which captured $1 billion of investor money in their first month.

Many financial services firms like asset managers and financial-advice firms pull their fees directly from client accounts instead of asking clients to write a separate check — giving the semblance of a free service.

A related psychological concept, according to behavioral economists, is an investor’s aversion to loss. For example, a potential loss of 5 cents on a paper bag evokes a stronger emotional response than if a grocery store were to pay consumers 5 cents to not use a paper bag.

“Loss aversion” is something that likely drove many investors to sell stocks during last week’s market rout, even if it wasn’t the best financial decision.

“People see these prices dropping, and they essentially panic and think, ‘I can’t take any more of these losses because the emotional impact for me is enormous,'” Cormier said. “I don’t want it to get any worse, so I sell.”

Treasury Secretary Mnuchin does not expect recession from the coronavirus 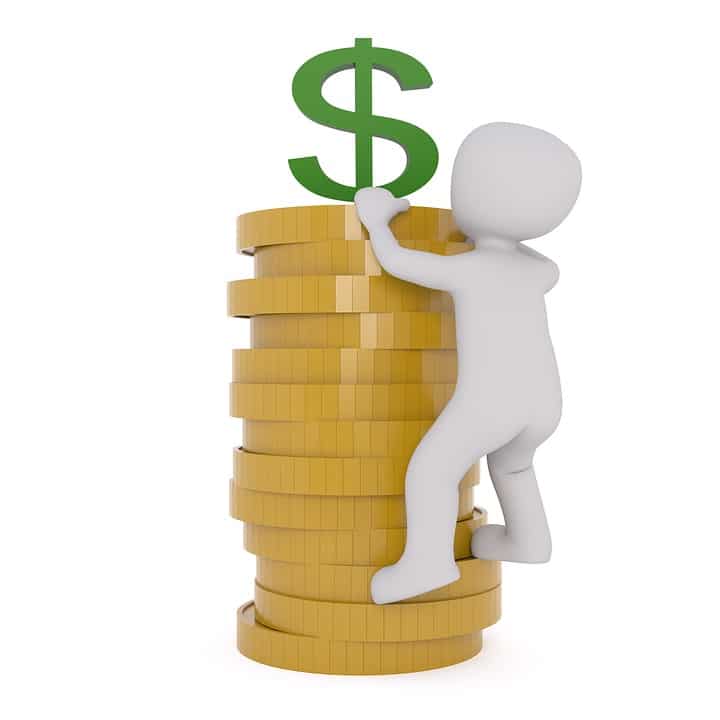 Rupee vs Dollar: INR may hit all-time low of 75 per USD levels over US, Europe troubles