The market is wrapping up a brutal quarter as investors search for a bottom in the fastest bear market ever amid the coronavirus crisis. The Dow Jones Industrial Average is on track to post its worst first quarter in history, but the recent sharp rebound raises the question if the worst is behind us. Here’s what’s happening:

Around midday, the major averages had erased their losses from earlier in the session as investors try to end a dismal quarter on a high note. The Dow is up more than 100 points, or 0.6%. The S&P 500 traded 0.5% higher while the Nasdaq advanced 0.9%. Still, the Dow was headed for its worst first-quarter performance ever. —Imbert

Job opening, which at one point had outnumbered available workers by more than a million, are starting to contract as the coronavirus freezes economic activity. The number of available positions fell by nearly 9% over the past week, according to Glassdoor, with the drop particularly acute in consumer-related services and trade and transportation. Travel and tourism openings fell by 44.6% and arts and entertainment dropped 30% during the period. Two bright spots: Health care openings rose by 1% and salaries were up 3.1% in March from the same period a year ago. Still, half the employers surveyed said they either were freezing or reducing openings. – Cox

10:45 am: Goldman sees 15% jobless rate and 34% GDP decline, followed by the fastest recovery in history

Goldman Sachs has revised its view for how the coronavirus will impact the U.S. economy, seeing a sharper downturn than originally thought followed by an even bigger upturn. Among its expectations are that the unemployment will peak around 15% later this year, well above original expectations for 9%. Gross domestic product is forecast to fall 9% in the first quarter followed by a stunning 34% plunge in the second quarter that would be by far the worst period in post-World War II history. –– Cox

10:32 am: Analysts are still finding stocks to buy like Wendy’s and HP on hopes the market has bottomed

The three major indexes all pushed into the green as White House health advisor Dr. Anthony Fauci expressed some mild confidence that the U.S. efforts to combat the coronavirus were working and consumer confidence topped expectations. Fauci told CNN in an interview that he could see “glimmers” that social distancing was having the desired effect in the country and that he thought the U.S. would be well prepared to deal with a possible second wave of the virus in the fall. — Pound

The Chicago PMI came in at 47.8 for March, well above the 40.0 projected by economists, according to Dow Jones. The reading still signaled a contraction in business activity because it was below 50. The Chicago PMI in February was 49. — Pound

Bank of America Vice Chairman Keith Banks warned investors Tuesday against getting clever and trying to time the stock market. “The reality is, it’s time in the market, not timing the market” that proves most lucrative over the long term, he said on CNBC’s “Squawk Box.” Banks, also head of BofA’s investment solutions group, said he’s advising clients to begin adding risk their portfolio and return to “a more normalized level of equity exposure.” —Stankiewicz

8:51 am: Goldman’s list of stocks for ‘income-oriented’ investors as dividends come under pressure

Goldman Sachs expects the S&P 500 dividend payout to drop 25% this year as the coronavirus pandemic wreaks havoc on corporate profits. Still, the bank managed to identify 40 stocks offering high dividend yields and security of payouts for “income-oriented” investors. “With 10-year US Treasury yields at 0.8%, income-seeking investors should consider stocks with both high dividend yields and the capacity to maintain the distributions,” said Cole Hunter, Goldman’s U.S. portfolio strategist. Goldman’s list of stocks with safe dividends include media company Omnicom, which pays a 5% dividend yield, and IBM, which offers a 6% yield.—Li

8:45 am: Fed extends repo program to other central banks

The Federal Reserve has opened its short-term lending program with commercial banks to other central banks around the world. In an announcement Tuesday morning, the Fed said it was extending its repo program, which provides cash infusions in exchange for high-quality collateral, to central banks and other international authorities with accounts at the New York Fed. The program is expected to last six months. The cash that participants receive can be spread to institutions within those regions that then can be loaned out to individuals and businesses. “This facility should help support the smooth functioning of the U.S. Treasury market by providing an alternative temporary source of U.S. dollars other than sales of securities in the open market,” the Fed said in a release. The coronavirus crisis has generated huge global demand for dollar-denominated assets that the Fed also has facilitated through dollar swaps with other central banks around the world. –Cox

8:21 am: Payment volume falls in March for U.S. and cross-border, Visa says

Shares of Visa moved slightly lower on Tuesday morning after the company released updated information for its first and second quarters. U.S. payments volume was down 4% for the first four weeks of March, compared with last year, but the volume for the first quarter was still up 9%. Cross-border volume has taken a much bigger hit during the coronavirus crisis, down 19% in March. The payments company said it expects net revenue to grow in the mid-single digits in the second quarter. The stock has held up better than the broader market during 2020, down just 11% for the year. —Pound

Shares of the pizza chain Domino’s sunk more than 7% in premarket trading on Tuesday after the company withdrew its 2020 financial guidance. “Due to the current uncertainty surrounding the global economy and the Company’s business operations considering COVID-19, the Company is withdrawing its fiscal 2020 guidance measures related to general and administrative expenses, capital expenditures, store food basket pricing and the impact of foreign currency on royalty revenues,” the company said. Domino’s has kept many U.S. locations open during the pandemic but many international stores remain closed. —Fitzgerald

The coronavirus continues to spread across the globe, with cases worldwide topping 800,000, according to Johns Hopkins. Global deaths reached more than 38,000. Infections in the U.S. amount to more than 164,000 and deaths in America rose about 3,000. Spain’s death toll reached 8,189, up from 7,340 the day before, the country’s health ministry said. Iran’s death toll from coronavirus has reached 2,898, with 141 deaths in the past 24 hours, the country’s health ministry spokesman Kianush Jahanpur told state TV, Reuters reported. —Fitzgerald

7:45 am: Oil jumps after falling to lowest level in nearly two decades

Oil prices jumped on Tuesday, one day after dropping to the lowest level since 2002. U.S. West Texas Intermediate crude gained 7.8%, or $1.57, to trade at $21.66 per barrel, while international benchmark Brent crude rose 4.22% to $23.72 per barrel. WTI is on track for its worst month ever after falling 55%, as crude continues to get hit on both the demand and supply side. The coronavirus outbreak, which has halted travel and slowed business activity, has weighed on demand, while a price war between Saudi Arabia and Russia means the market could soon be flooded with excess oil. The OPEC+ production cuts currently in place expire today, and Saudi Arabia is among the nations that has said it will ramp up production. Amid oil’s decline, on Monday U.S. President Donald Trump and Russian President Vladimir Putin held a phone call in which they agreed to have top officials from both countries discuss slumping prices, according to a report from Reuters. —Stevens

7:40 am: Futures are flat as Dow wraps up worst first quarter in its history

U.S. stock futures rested along the flatline on Tuesday as Wall Street took a breather following strong gains in the previous session. Dow Jones Industrial Average futures were down 24 points, or 0.1%. S&P 500 futures were also down slightly while Nasdaq 100 futures traded marginally higher. The major stock averages rallied more than 3% each on Monday amid optimism around extended social distancing guidelines in the U.S. and Johnson & Johnson identifying a vaccine candidate for the coronavirus. Despite the recent comeback, the market is on pace to end the month and quarter with big losses: 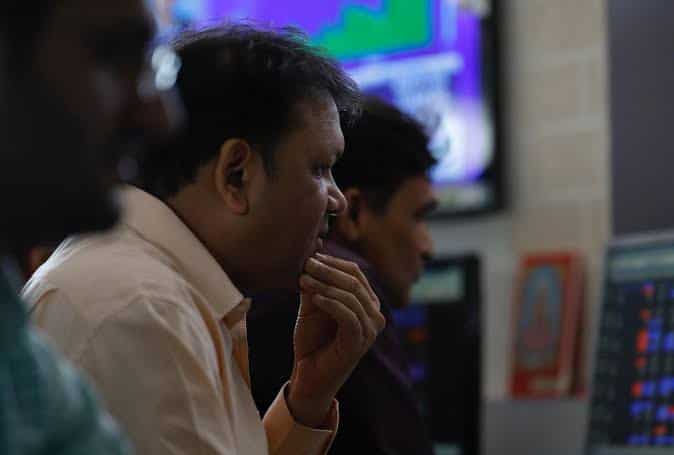 Stocks in Focus on March 9: SBI/YES Bank, BPCL to Suven Pharmaceuticals; here are the 5 Newsmakers of the Day