8:17 am: Oil jumps on hopes of production cut deal

Oil prices rose on Friday on the hope that a production cut deal will soon be reached after OPEC and its allies announced they will meet on Monday to discuss oil policy, and after Reuters reported that Russian producers are ready for cuts in a bid to stop the price rout. U.S. West Texas Intermediate Crude jumped 6.8% to trade at $27.03 per barrel, while international benchmark Brent rose 12.7% to trade at $33.72. On Thursday WTI and Brent posted their best day on record after President Donald Trump told CNBC that he expected Russian President Vladimir Putin and Saudi Crown Prince Mohammed bin Salman to announce a deal to cut oil production by 10 million to 15 million barrels, although the exact details of the cut remained unclear.

Despite Thursday’s surge, WTI has shed 42% over the last month as demand fell off a cliff, with more and more people staying home thanks to the coronavirus outbreak. Meantime a price war between Saudi Arabia and Russia broke out at the beginning of March, which also weighed on prices. On Friday Trump will meet with CEOs from at least seven energy companies – including Exxon and Chevron – to discuss energy policy. – Stevens

The Labor Department’s jobs report for the month of March, set for release at 8:30 a.m. ET, is expected to show that U.S. nonfarm payrolls dropped 100,000. But the government’s survey for the report was conducted before many states began ordering residents to stay home, meaning that the March report will likely understate the current pace of job losses as observed in Thursday’s unemployment claims numbers. That report showed a record 6.6 million Americans filed for benefits in the week ended March 28. Still, if Friday’s report meets economists’ expectations by showing a decline of 100,000 payrolls, it will be the first time the monthly jobs report has posted a decline that large since February 2011. —Franck

The fast-spreading coronavirus has infected more than 1 million people globally, according to Johns Hopkins University. More than 53,000 people have lost their lives to the deadly virus. The top five countries for infections are the United States, Spain, Italy, Germany and China. U.K. Health Minister Matt Hancock reportedly said on Friday that the deadliest peak of Britain’s coronavirus outbreak could be on Easter Sunday. The amount of people that have died from the coronavirus in Spain has seen its first daily fall since March 26, however. Domestically, the White House is monitoring coronavirus hot spots New York and New Jersey. Some 35% of all coronavirus tests administered in New York and New Jersey have been positive, indicating a serious outbreak in both states, White House coronavirus advisor Dr. Deborah Birx said Thursday. —Fitzgerald

Shares of Tesla soared more than 16% in premarket trading on Friday on better-than-expected delivery numbers. The electric carmaker delivered approximately 88,400 vehicles in the first quarter of 2020, beating expectations of about 79,900, according to FactSet. In a conference call, CEO Elon Musk and CFO Zachary Kirkhorn said Tesla should “comfortably exceed” sales of 500,000 electric vehicles in 2020. –Li

‘Stars are aligned against the dollar,’ top currency strategist warns

Your financial advisor may not actually be an ‘advisor’ 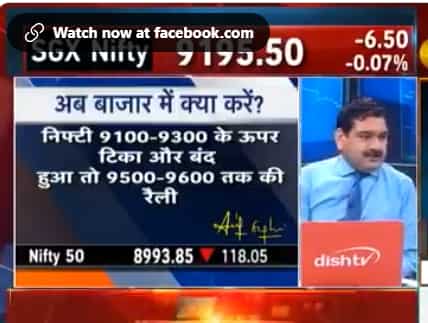 What are current “make or break levels” for Nifty? Know from Anil Singhvi