Apple — Shares of the tech giant slid more than 7% after the company said it would close all of its stores outside of China for the next two weeks to help curb the spread of the coronavirus. Separately, the company was fined a record $1.2 billion by French antitrust authorities. The French competition authority said the iPhone-maker was guilty of creating cartels within its distribution network and abusing the economic dependence of its outside resellers.

Gap — The retailer slid more than 24% after the company said it was temporarily reducing hours for its stores across the U.S. and Canada due to coronavirus concerns. The stock has lost half its value this year, falling 53%.

Delta, United, American Airlines, Alaska Air Group — Airlines cratered as the coronavirus continues to weigh on the beaten down travel industry, causing them to slash their flight capacities. American Airlines, which dropped 5%, cut 75% of its international capacity, as the airline sees a drop in demand. United, which fell 12%, cut half of its capacity for all flights and Delta, down 6%, cut 40% of its system-wide capacity. Alaska Air Group tanked 12% and Southwest fell more than 6%.

JPMorgan Chase, Citigroup, Morgan Stanley — Bank stocks fell sharply on Monday in the first trading session since the Federal Reserve slashed its benchmark interest rate by 1% and announced a new round of asset purchases. Citigroup fell more than 13%, while JPMorgan and Morgan Stanley were both down more than 12%. Those banks were part of the group that announced on Sunday night that they would be suspending stock buybacks through the second quarter of the year.

Boeing — Fitch lowered its rating on Boeing to “credit watch-negative,” citing concerns over the aviation sector amid the coronavirus outbreak. Boeing shares tumbled more than 17% on the announcement.

Clorox — Shares of the maker of bleach and disinfecting wipes rose more than 4% following an upgrade to overweight from underweight from JPMorgan. The firm said Clorox can “positively surprise” guidance due to the high demand from the coronavirus crisis.

AT&T — AT&T dropped more than 4% in midday trading after Raymond James downgraded the stock from outperform to market perform. Analyst Frank Louthan wrote Monday that its “higher leverage relative to Verizon, combined with risks to Warner Media from the loss of March Madness, NBA, and other major sports programming and advertising, and continued cord shaving/video subscriber losses (all of which are expected to pressure results and operating metrics) make it less attractive in this environment relative to peers.”

Harley-Davidson — Shares of Harley-Davidson fell more than 10% on Monday after RBC Capital Markets cut its rating on the stock to underperform from sector perform and advised clients that the motorcycle maker could see a “severe” impact from the novel coronavirus outbreak. Analyst Joseph Spak wrote that the threat of COVID-19 adds further uncertainty and demand pressure for Harley-Davidson, which “exacerbates HOG’s structural challenges.” The brokerage also slashed its 12-month price target on HOG shares to $17 from $36, representing 28% downside from Friday’s close.

Comerica — Comerica shares dropped more than 13% after the regional bank announced it would close its Boca Raton offices and banking center in response to the coronavirus. 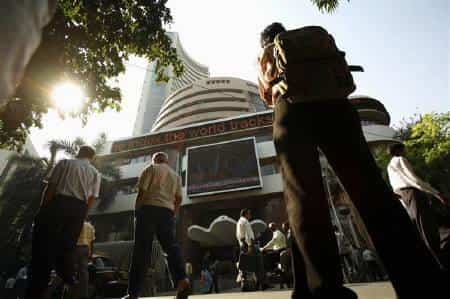