A Home Depot employee is seen outside a store in Los Angeles, California.

Mastercard — Shares of Mastercard fell 6.7% after the credit card company issued a warning that the fast-spreading coronavirus could hurt its revenue this year. “Cross-border travel, and to a lesser extent cross-border e-commerce growth, is being impacted by the Coronavirus,” the company said in a statement. Mastercard also named its product chief Michael Miebach as CEO, while Ajay Banga is moving to executive chairman.

Moderna — Shares of the biotech company rose 27.8% after announcing it had shipped a coronavirus vaccine to U.S. government researchers for study. Moderna is hoping for a clinical trial by the end of April.

United Airlines — Shares of United Airlines slid 6.5% after the carrier pulled its full-year 2020 guidance due to the “heightened uncertainty” around the fast-spreading coronavirus. The company said in a statement that it’s unsure about “its duration, its impact on overall demand for air travel and the possibility the outbreak spreads to other regions.” The stock has tumbled 17% this year.

Virgin Galactic — The space tourism stock rose more than 4% as speculative trading continued to drive Virgin Galactic shares higher with no other public catalysts apparent. The company is expected to report fourth-quarter results after the close, a moment of truth for investors who want to see if Virgin Galactic’s business can support the stock’s rally this year. Virgin Galactic closed down 0.7%.

Shake Shack — Shares of Shake Shack plunged 14.3% after the restaurant chain missed revenue expectations for its fourth-quarter report and delivered guidance below what analysts expected. The company reported 6 cents in adjusted earnings per share and $151 million in revenue, but Wall Street expected a 1 cent loss per share and $153 million in revenue, according to Refinitiv. Same store sales decreased 3.6%. Shake Shack’s full year revenue guidance of $712 million to $720 million was below the $737 million expected.

Palo Alto Networks — Shares of Palo Alto Networks fell 17% after missing revenue estimates and giving disappointing guidance. The company beat expected earnings per share, but its $817 million of revenue was below the $843 million expected by analysts, according to Refinitiv. A Wedbush analyst maintained an outperform rating on the stock but said in a note to clients that “management has clearly lost any Street credibility, the stock will be under heavy pressure this morning and it would be easy to throw in the white towel.”

HP Inc. — Shares of HP Inc. climbed 5.7% after topping street estimates for its fiscal first quarter results. The company reported 65 cents in adjusted earnings per share, above the 54 million expected by analysts, according to Refinitiv. Total units sold for its personal systems segment rose 4% year over year. HP also increased its full-year guidance for adjusted earnings per share to a range of $2.33 to $2.43 per share, up from a range of $2.24 to $2.32 per share.

Tupperware — Shares of the household products maker plummeted 45.7%% after the company warned of a shortfall in its full-year 2019 earnings, and said that it would not release its full-year forecast on Tuesday as was expected. The company also said it was conducting an accounting investigation into its Fuller Mexico unit.

Nvidia, Micron — Shares of the two chip stocks dropped 4.1% and 5.3%, respectively following downgrades from Wall Street firms worried about the coronavirus and its impact on global growth. Bank of America downgraded shares of Micron to underperform from buy, based on a potential earnings miss or guidance cut from the impact of the virus. Nomura Instinet downgraded shares of semiconductor company Nvidia to reduce from neutral.

Tesla — Shares of the electric automaker slid 4% as the number of coronavirus cases in China and around the world continued to rise. Tesla recently opened a new factory in Shanghai and also has many Chinese suppliers that help make its vehicles.

Expedia — Shares of the travel website ticked 3% lower after Expedia said it will cut 3,000 jobs, or about 12% of its workforce, in an effort to streamlines its business. 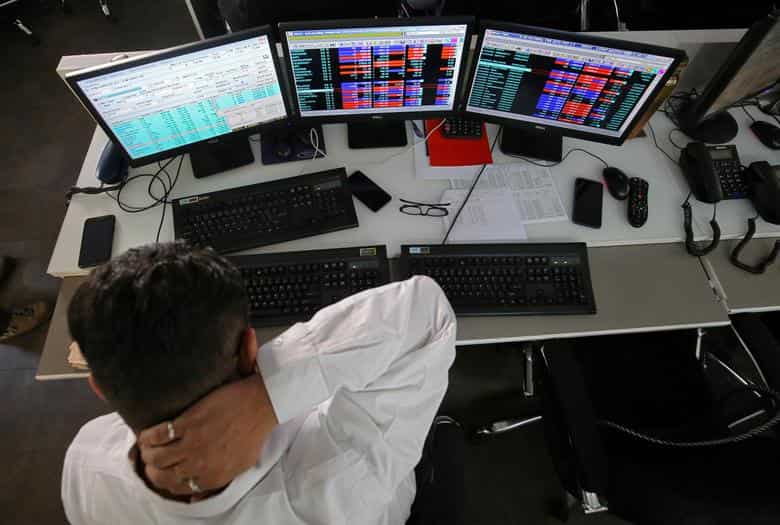