Federal Reserve Chairman Jerome Powell speaks to reporters after the Federal Reserve cut interest rates in an emergency move designed to shield the world’s largest economy from the impact of the coronavirus, during a news conference in Washington, March 3, 2020.

The Federal Reserve took dramatic action over the past week to stabilize financial markets. Now, investors will be watching closely in the coming days to see what else the central bank has to offer to help the economy.

Market interventions not seen since the financial crisis appeared to have calmed the waters somewhat after a brutal week on Wall Street that saw major averages slide at a record pace and government bond yields plunge to regions they had never seen before.

But the work is not over yet.

The Federal Open Market Committee holds its policy meeting Tuesday and Wednesday and is expected to deliver more balm amid the raging coronavirus crisis.

The Fed thus far has enacted an emergency half percentage point interest rate cut and a funding program for banks that could total $1.5 trillion as well as a expanded move into monthly purchases of Treasurys.

With those moves already in the books, the central bank is more likely to look to other perhaps less obvious measures that nonetheless could help the market and economy navigate its way through the current issues.

“We believe the Federal Reserve is about to go all in with its policy response to the virus shock and dysfunctional fixed income markets,” Krishna Guha, head of global policy and central bank strategy for Evercore ISI, said in a note to clients over the weekend. “A key consideration in framing these expectations is that the set of conditions facing the Fed has changed dramatically over the past week.”

Guha and most others on Wall Street see the Fed slashing overnight borrowing rates to zero and implementing a variety of other measures not seen since the financial crisis as part of a whatever-it-takes approach.

Interest rates are just one element in the Fed’s toolkit. There’s growing anticipation that the Fed must and will do more to address the economic damage to come from the coronavirus in both its human and economic toll.

“They tried shock-and-awe with the 50 basis point cut and saw how the market reacted. The mindset of the market is it’s good that we’ve gotten [the rate reduction], but that’s not going to stem the economic damage,” said Art Hogan, chief market strategist at National Holdings.

Goldman Sachs, Morgan Stanley, Bank of America and and a host of other forecasters are looking for a full percentage point reduction to take the Fed’s benchmark rate back to near-zero.

Hogan thinks it could be a mistake.

“Even cutting rates another 50 basis points is more psychological then functional now,” he said. “They should keep their powder as dry as they can. There’s a reason shock-and-awe didn’t work.”

Rather than going for another big interest rate cut, officials can deploy a number of other measures that could prove just as effective if not more so without appearing to be emptying their remaining ammunition.

Market pros point to some of the more likely but less obvious policy options the Fed could deploy.

One easy move is the use of “forward guidance,” or assuring the market that rates will stay where they are for a prolonged period of time. That worked well in the crisis and post-crisis years as the continuing reminder that rates weren’t going anywhere helped stabilize the market’s view of monetary policy.

But the Fed’s policy forecasts over the past few years, though, have been unwound almost as quickly as they were pronounced.

Chairman Jerome Powell and other officials insisted near the end of 2018 that there was still plenty of room to raise rates even after four hikes that year, then promptly had to cut three times in 2019 as part of what he called a “mid-cycle adjustment.” At the end of 2019 and into this year, officials said they felt that absence a material change in conditions, no further reductions would be forthcoming.

That’s one reason the Fed may have to move beyond forward guidance.

One Wall Street veteran who asked not to be named said the central bank should consider wheeling out some financial crisis-era programs that are still allowed under the Dodd-Frank banking reforms.

That would entail some of the initiatives offered through the Troubled Asset Relief Program, which had been credited as a pivotal move to pull the country out of  its downward spiral. TARP helped clear out some of the damage done to bank balance sheets while also providing funding mechanisms for small businesses and other parts of the economy. The program also turned a $121 billion profit.

“The Fed’s got to pull out all the stops,” this source said. “They need to be creative in how they handle it. But they have a blueprint for how to get money to the people who need it.”

There are other weapons the Fed has as its disposal.

The next most likely option would be restarting the large-scale asset purchases implemented during and after the financial crisis. Known in the markets as quantitative easing or, more colloquially, money printing, the Fed did about $3.8 trillion in such purchases in three rounds, expanding its balance sheet to more than $4.5 trillion at one point.

The Fed recently has started buying Treasurys again, though the scale has been considerably smaller than the previous operations. However, the reception for those purchases indicates that the market would welcome a fourth round of QE. A round Friday in which the Fed bought across the yield curve saw huge demand from major institutions.

The Fed has thus far discouraged comparisons of its recent short-duration Treasury bill purchases as QE, but that could change now with Friday’s moves. In fact, UBS economist Seth Carpenter said Powell at the upcoming meeting should acknowledge the central bank is involved in QE again.

“If Powell pushes back hard against the characterization of [Friday’s]  shift as QE, there could be a sense of disappointment in markets,” Carpenter said in a note.

While the first three rounds of QE were closely correlated with stock market gains, the economic circumstances were considerably different then, raising questions over how effective more such operations would be.

“The next step would be to expand the pace of monthly purchases, which we think the Fed will probably do at next week’s FOMC meeting,” Paul Ashworth, chief U.S. economist at Capital Economics, said in a note. “Unfortunately, with yields already below 1% across most of the curve, quantitative easing is going to do little to drive longer-dated yields even lower, meaning that any boost to economic activity would be a lot more modest than we saw during earlier QE programs.”

Ashworth suggested that rather than focus on buying government debt, the Fed would better off buying stocks or corporate bonds. However, it would need congressional action to be allowed to do so.

“President Donald Trump has already announced plans to double SBA loans to $50bn, but there would be scope to leverage up the size of that program if the Fed was willing to expand its balance sheet to supply credit to non-financial corporates with the SBA guaranteeing any losses on those loans,” Ashworth wrote.

Guha, the Evercore economist, predicted the Fed will reinstitute the Commercial Paper Funding Facility used during the crisis to provide liquidity in that market. Commercial paper is unsecured debt that businesses issue to pay for short-term operations, and the freezing up of the market played a significant role in the erosion of credit conditions during the crisis. Guha said a move in that direction could happen as soon as Sunday and no later than this week’s meeting.

In addition, he sees the Fed reopening the Term Asset Facility, used during the crisis to provide collateral-backed short-term loans to financial institutions. Adding currency swaps is another possibility Guha cited.

There also are a few other ways the Fed can tinker with its balance sheet.

Asset management giant Pimco suggested the Fed stop allowing proceeds from its mortgage portfolio to run off each month. The central bank has been moving to divest itself of its mortgage-backed securities, but may have to rethink that under current conditions.

In a blog post Friday, Pimco cautioned that the issues recently in the Treasury market “may be a preview of broader market strains as businesses and consumers come under more severe duress from COVID-19-related disruptions, and credit fundamentals deteriorate.”

“We think it’s likely that the Fed cuts the fed funds policy rate to zero, and confirms that they will do whatever it takes to support markets,” wrote Tiffany Wilding, a U.S. economist, and Rick Chan, a portfolio manager at the firm. “And to further ease financial conditions, the Fed could announce broader plans to purchase assets, including MBS, while also emphasizing that it stands ready to initiate targeted support to markets as needed in the event of further stress.”

However the Fed does decide to proceed, it should do so with the maximum economic benefit in mind rather than just to assuage the market, said Gus Faucher, chief economist at PNC Financial Services.

“In the current environment, monetary policy is kind of secondary to other factors,” Faucher said in an interview. “The market turmoil isn’t going away no matter what the Fed does. At this point, the Fed would be well-advised to take a step back from the market and look at what is best for the economy and not necessarily the financial markets.” 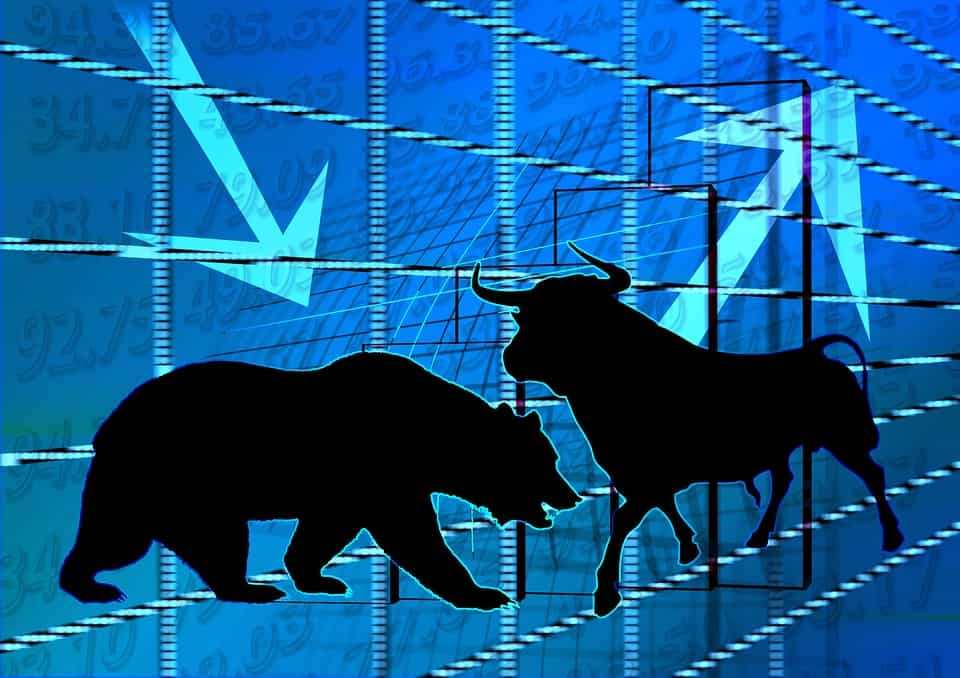 Stocks in Focus on March 6: Yes Bank, SBI Card IPO Update to PSBs; here are expected 5 Newsmakers of the Day