Skip to content
Home > Stock Market > The ship that blocked the Suez Canal may be free, but experts warn the supply chain impact could last months

A view shows the container ship Ever Given, one of the world’s largest container ships, after it was partially refloated, in Suez Canal, Egypt March 29, 2021.

The Ever Given was pulled free from the Suez Canal on Monday after cutting off traffic in the vital waterway for six days, but experts say the disruptions to global trade will continue to reverberate.

“We might celebrate the success of releasing the ship and unblocking the Suez, but that’s not the end of the story here,” said Douglas Kent, executive vice president of strategy and alliances at the Association for Supply Chain Management.

“It’s definitely going to continue to backlog ports and other delivery mechanisms as a result, and then of course the chaos that disrupts thereafter,” he added.

The ship, one of the largest in the world, became horizontally wedged in the canal last Tuesday. Since then crews worked night and day to free the vessel, which at more than 1,300 feet is almost as long as the Empire State Building is tall.

Ultimately, the ship was dislodged around 9 a.m. ET on Monday after more than 10 tugboats arrived on the scene, along with specialized dredging equipment and expert salvage teams all working together to free the 220,000-ton vessel.

But while traffic has now resumed in the key waterway, the repercussions after days of halted movement will continue to be felt.

Imagery of the Ever Given in the Suez Canal captured by the company’s WorldView-3 satellite on Saturday, March 27, 2021.

Around 12% of global trade flows through the Suez Canal on massive ships like the Ever Given, which can hold 20,000 containers.

Lloyd’s List estimates that more than $9 billion worth of goods passes through the 120-mile waterway each day, translating to around $400 million per hour.

“The disruption of a week of this size is going to continue to have cascading effects … it’s got to be at least 60 days before things get sorted out and appear to be a bit back to normal,” said Stephen Flynn, professor of political science at Northeastern University. “This level of disruption cascaded after every 24 hours,” he added.

The knock-on effects include congestion at ports as well as vessels not being in the right place for their next scheduled journey. Most importantly, it further exacerbates supply chains already reeling from a container shortage amid the Covid-19 buying boom.

Flynn, who is also founding director at the Global Resilience Institute, noted that this is one of the challenges of a just-in-time system. Assembly lines will be idled because parts don’t show up when they’re expected, for example.

A satellite image shows the Suez Canal blocked by the stranded container ship Ever Given in Egypt March 25, 2021, in this image obtained from Twitter page of Director General of Roscosmos Dmitry Rogozin. Picture taken March 25, 2021.

“It’s never been stressed this badly before, and it’s going to take a really long time, and they’re just beginning the process of sorting it out … you’ve essentially created this traffic jam that doesn’t allow you just to reset and restart — you have to restack and reset the system and that’s something that’s going to take a lot of choreography,” Flynn added.

In the hunt for efficiency and low-cost goods, ships have become larger and larger. Not all ports can handle ships the size of the Ever Given, creating concentrated systems.

Ships of this size might sail from China to Rotterdam — the path the Ever Given was on — where its containers might then be loaded onto smaller ships that sail to the rest of Europe or other destinations including the United States.

In other words, smaller ports can’t just absorb the scheduling conflicts created by the traffic jam at the Suez Canal.

Nearly 19,000 ships passed through the canal during 2020, for an average of 51.5 per day, according to the Suez Canal Authority.

By Monday morning, more than 350 vessels total were backed up on both ends of the Suez Canal, as the Ever Given cut off access in both directions. Shipping agent GAC said that traffic was expected to be back to normal in the next three to four days.

Ships began heading south from the Great Bitter Lake into the Suez Gulf on Monday afternoon as the Suez Canal Authority sought to get traffic moving again.

“However long it takes, the damage has been done, with carriers warning to expect months of supply chain disruption and even tighter capacity as Asia imports surge to Europe and North America,” said Mark Szakonyi, executive editor of The Journal of Commerce by IHS Markit.

Some shipping companies, including Hapag-Lloyd, made the decision to reroute vessels around the Cape of Good Hope. This adds at least an additional week of sailing time, while also leading to higher fuel costs.

Stranded container ship Ever Given, one of the world’s largest container ships, is seen after it ran aground, in Suez Canal, Egypt March 26, 2021.

Looking forward, experts disagree over how much this will ultimately impact U.S. consumers.

“The incident of the now freed-up tanker Ever Given, that blocked the Suez Canal for approximately a week, will have only a minor and transitory effect on prices of imported goods,” he said. “Since most of the imports blocked over the last week are heading to Europe, U.S. consumers will likely see little effect on prices of U.S. imports, except to the extent that intermediate products of U.S. final goods are made in Europe.”

Flynn, on the other hand, said that prices in the U.S. will “almost certainly” rise, as the world’s interconnected supply chain continues to be strained.

all around, and we took it largely for granted until it suddenly stopped. … There’s going to be a lot of these second-, third-order effects.” 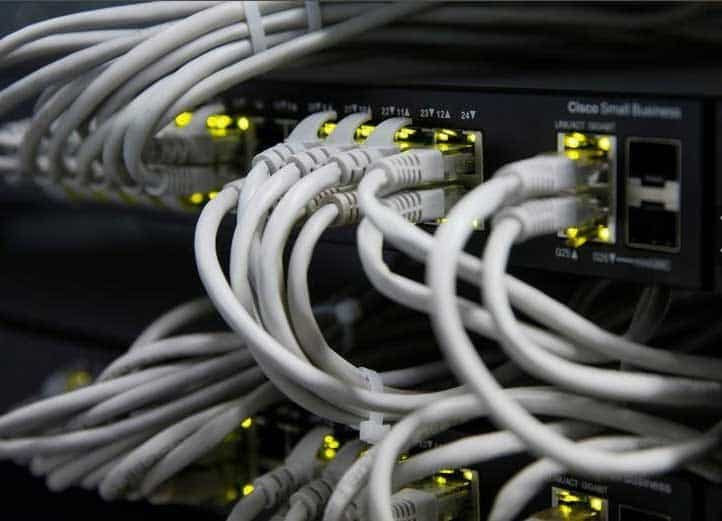 Money in bank for Polycab shareholders! Share price rockets as much as 10 pct; Anand Rathi has this message for investors