Federal unemployment benefits lapsed on Labor Day. But there’s good news for Americans who’ve been waiting weeks or months for that aid to arrive: They can still collect back pay past the cutoff date.

Workers who haven’t yet applied for the federal assistance can still do so, but many have less than 30 days to act.

Delayed unemployment benefits have been a common occurrence during the Covid-19 pandemic. State unemployment offices have contended with hurdles such as a historic volume of claims, understaffing, antiquated technology, elevated levels of fraud and implementation of new rules and programs.

Data suggests thousands of people may still be waiting for aid to arrive.

About 19% of applicants — or about 104,000 people — whose first payment of state benefits arrived in July had waited at least 70 days to receive the funds, according to U.S. Department of Labor data. (By comparison, less than 1% waited that long before the pandemic.)

However, states will still disburse any federal benefits owed to eligible applicants.

Those now-expired benefits include funds for the long-term unemployed and others (like the self-employed, independent contractors and gig workers) who don’t qualify for state unemployment insurance. They also include a $300 weekly supplement.

More from Personal Finance:
Stimulus payments triggered millions of IRS ‘math error’ notices
Here’s how long workers wait for a 401(k) match to become their money
Expanding child tax credit could cut child poverty to under 10% in most states

“Any weeks of unemployment that occurred before these programs expire can still be paid retroactively if a claimant is later determined to be eligible for those weeks of benefits,” according to California’s Employment Development Department.

Federal benefits lapsed on either Saturday or Sunday (ahead of the official Monday cutoff) in all states due to their administrative rules. Nearly 9 million people were poised to lose all benefits and another 3 million were set for a $300 weekly cut in aid, according to Labor Department data issued Thursday.

Workers in Michigan, for example, who are waiting for a ruling from the state on their qualification for benefits can also get those funds retroactively, according to Michigan’s Department of Labor and Economic Opportunity.

“All protests and adjudications that have not been resolved by Sept. 4 will continue through the process despite the federal programs ending,” according to the Department. “Benefits will be paid to claimants who are determined to be eligible.”

These individuals should continue to certify for benefits through Sept. 4, the agency added.

Many jobless individuals eligible for federal benefits before Labor Day have a limited time in which to apply, if they haven’t already done so.

States must accept new applications for Pandemic Unemployment Assistance for 30 days after the program expired, according to a Sept. 3 memo issued by the Labor Department. (The PUA program, which is for self-employed and gig workers, would have ended on Sept. 4 or 5, depending on the state.)

Workers in the 26 states that ended some or all federal benefits early are out of luck, though. The 30-day application window in those states started in June or July, when they withdrew from the programs; that time period has already elapsed.

The long-term unemployed eligible for Pandemic Emergency Unemployment Compensation also seem to have a time limit to submit applications. However, that window isn’t as straightforward — it varies from state to state, based on its respective law for late filing of claims, according to a Labor Department memo published in July. 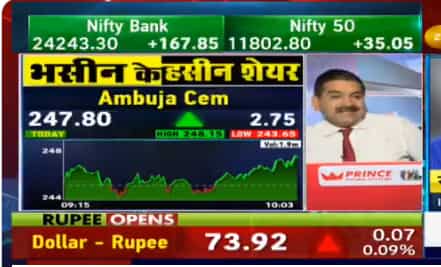 Delta variant might be a reason to extend unemployment benefits, say economists